Northwest Bulgaria: orange sunsets and something else

By Yana Petkova and Irina Sofranova

Northwestern Bulgaria is little known to wine lovers and the little that is known about its nature, wines and people is rather laconic and not particularly positive.

It is true that there are many sheep and their derivatives in the Northwest: yogurt, cheese, cottage cheese… It is also true, however, that the region offers a series of other natural goods that await its tasters. Wonderful wines, historical and cultural sights, hospitable and well-intentioned residents, unique conditions for alternative tourism and remarkable, unspoiled nature.

We have visited the region several times and each time we leave one idea better, positively charged and somehow purified. It’s as if people are born good here. The soul of the region is pure and sublime. Here I breathe with a full chest.

Borovitsa winery welcomed us without fanfare when we first visited it, way back in 2015. We got to know one part of the tandem behind the project – Ognyan Tsvetanov: a man with an alternative way of thinking who dedicated his life to wine. He walked us through the history of winemaking, told us about his own vision for winemaking, and offered us some of the most wonderful sulphite free, orange and offbeat wines we had tasted. Without presenting them in detail. They were just talking to themselves. Borovitsa is one of the treasures of the Bulgarian wine world. Authentic, without unnecessary emotions.

It’s life-affirming when you see people following their calling and living their dream. Which create cultural and social values and which show you that even in godforsaken Bulgaria anything is possible. The possible is happening in the village of Borovitsa, located among the Belogradchik rocks in Northwestern Bulgaria. The fantastic shapes of the rocks capture the local imagination and lead people to name them and ascribe stories to them. The wonderful thing for us, the wine people of Avinissima and DiVino, is that a rare but very real wine fiction happens right here in the Borovitsa cellar. 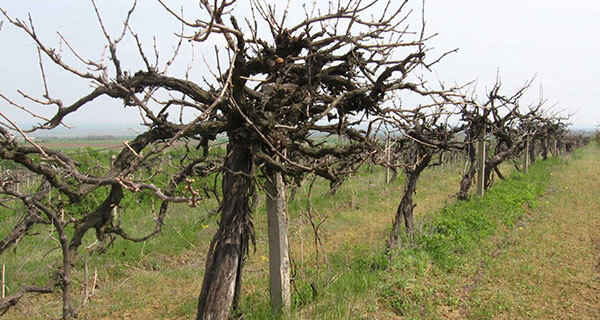 The style of Borovitsa winery

There are hardly any more discussed wines in Bulgaria than those of the Borovitsa winery. In reality, there is no room for discussion – either you understand these wines and become their die-hard fan, or with deep bewilderment you thank and do not repeat. The structure, the fusion, the idea and the execution of the wines are unquestionably looking for equals in our country also because of the unique terroir, but especially because of the visions of the founders of the project about the wine. These are Ognyan Tsvetanov and Adriana Srebrinova – people for whom pages could be filled, but since we do not have that much space in this material, we will mention only some basic (for the purpose of the post) facts.

After accepting a consulting job in the region, Ognyan Tsvetanov discovered something unseen before in Bulgaria – fresh, elegant and aromatic wines; alive and jumpy. Not only white, but also red. After a process of persuasion on his part and samples brought to her feet, his colleague Adriana persuades her to go to the place and as they say in English – The rest is history. Adriana stays in Borovitsa and the two begin the struggle – for land, for cellar, for grapes, for style, for recognition, for understanding. As is often the case with Bulgarian wineries that are outside the mainstream, recognition comes from outside, where tasters’ senses are tired of standard wines and are always on the lookout for something new and really good.

Fifteen years later and after hardships that temper the human will to an almost meditative level (you know, nothing else will happen to me), the Borovitsa winery today has 8.7 hectares of its own vineyards on a terroir that scientists from Harvard University come to study .

A little clarification: the Belogradchik rocks are made of variegated Triassic sandstones and conglomerates, rich in hematite pigment, with a solder of clay and quartz. Hematite is an iron oxide and rock-forming mineral, but more interestingly, it has been known since ancient times as the Sorcerer’s Stone. The stone was believed to ward off spells and grant invulnerability, so it was used as a protective amulet against attack and injury, and American Indians even beautified their bodies with hematite dust before battle.

The wines of Borovitsa are the epitome of the craft approach to wine – the grapes from each small plot are vinified separately, with the batches ranging between 280 and 380 bottles, and information is given on the label not only about the variety and aging, but also about the type of soil, yield of the acre, the age of the vines, the level of sulphites or lack thereof, which bottle number of the series you are holding in your hands or which vessel as number the wine comes from. The labels of the cellar are about 35, and the varietal mirror is impressive: Gamay Noir, Pinot Noir, Gamsa, Chardonnay, Sauvignon Blanc, Sauvignon Gris, Marsan, Roussan, Viognier, Pinot Noir, Cabernet Franc, Cabernet Sauvignon and Merlot. The combinations in which you can meet them are incredibly diverse and you will have a hard time choosing just one favorite wine.

Borovitsa is an impressive place. Not to mention the wines. But also everything around – from the imposing centuries-old oaks and huge old walnuts in front of the cellar, through the stunning beauty of the large vineyard, spread out on the hillside under fantastic red rocks and full of a rich variety of herbs in the rows, to the vital energy and total competence and uncompromisingness that the jet by Adriana Srebrinova. This summer she also hosted – once again – the Festival of Fermented Products, because although the North-West is not her native land, she already belongs to it and actively fights for people to come here, for interesting events to happen and for there to be more Light in the tunnel.